Pop star Peter Andre may be delighted with his ‘mysterious curl’ but is even more so after teaming up with Wink Bingo to launch a new game, Peter’s Heart of Gold.

For bingo fans, this is a good opportunity to contribute to the noble cause and demonstrate that they have a heart of gold and at the same time have fun playing action packed bingo games at Wink Bingo’s rooms. For every ticket sold, Wink Bingo will divert up to 30% to the Peter Andre Fund so it’s time to head to any of the 3 Heart of Gold rooms at the bingo site. Games are held daily with loads of prizes up for grabs as well. You can choose from 75 Ball Bingo games held daily between 4pm to 7pm and 9pm to midnight. Players can purchase up to 96 tickets at 10p, of which 10% will go towards the Peter Andre Fund.

Setting the tone for the weekend are the weekly guaranteed £1000 prize fund games at a cost of only 20p per ticket. These 90 Ball Bingo jackpots are held every Friday night at 10pm with 20 percent of proceeds from each ticket going towards the fund. The prizes get bigger in the monthly 90 Ball Bingo games with a guaranteed prize fund of £5000. These specials kick off on the last Wednesday of every month at 9pm with 30 percent added to the Peter Andre Fund. Wink Bingo, as an official partner of the Peter Andre Fund, will be contributing a minimum of £50,000 to Cancer Research UK. The promotion is on until the end of November 2015 and is a fantastic way to get involved and donate to research to beat cancer. 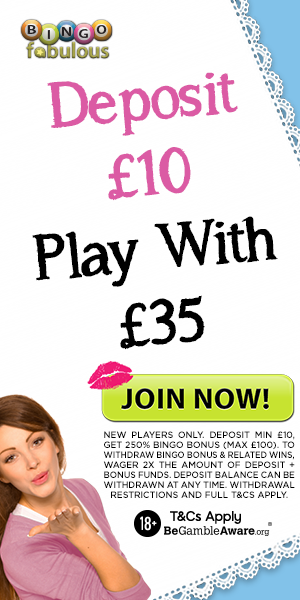