In 2013, the gross proceeds from online bingo games were estimated at around $1billion. One of the most popular online games, bingo has spawned a whole industry all by itself. There is no doubt about why online casinos would want to have this game on their menu.

As a result of the growing interest in playing bingo online, we now have a whole new entity called the ‘Bingo Networks’ which is a collection of bingo sites that share jackpots, prizes, cashiering, support, and even software. Joy of Bingo Network, Cashcade Bingo Network, and Virtue Fusion Network are some of the popular names in this category. The software used by these networks are developed by some of the leading developers such as Playtech, Gamesys, Cozy Games, and Virtue Fusion.

In a bingo network game, multiple sites act as doors for the same game and various players vie for the single jackpot. This arrangement is known as ‘White Label Gaming’ and it becomes very important that the bingo network has high level software to be able to pull this off well. Since there are multiple sites connected to the same game, the different brands have to be able to do their own advertisements and promotions and at the same time maintain the look and feel of the game. Some gaming networks choose o use ‘proprietary software’ and function as stand-alone networks. In either case, the importance of good quality software can never be undermined.

Play 'European Roulette' for Free and Practice Your Skills! 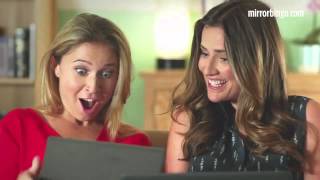 The Thrill Is Not Gone â€“ It Is Available Right From Your Home Now!

Bingo is one gambling game that communities have accepted over time. This is a fun...