Americas Cardroom is rolling out the red carpet starting December 17, 2015 with great cash prizes to be won in their Mo! Mo! Mo! PLO promotion.

Americas Cardroom’s promo for Omaha players will run through until December 31st with plenty of MOre cash games, tournaments and jackpots schedule every day. Pot Limit Omaha fans can look forward to plenty action at the tables as the promo features extra PL Omaha tournaments with guaranteed prize pools. In addition, there are thousands of dollars in special PLO bonuses up for grabs. The poker site has also increased its range of jackpot poker games, giving players the chance to win up to $150,000. What’s more is you don’t need to opt-in but can just turn up and play in as many PLO tournaments and win cash bonuses and big money in the PLO jackpot poker game as well.

Americas Cardroom has created a jam packed PL Omaha tournament schedule over the fortnight. This includes as many as 11 tournaments every day. There are two Free-buy satellites events on each Saturday and Sunday that lead to a $25,000 guaranteed Sunday PLO Special with a $215 buy-in Saturdays and Sundays are definitely the big days. There will be three simultaneous Super KO PLO tournaments with guaranteed prize pools of over $16,000. Players on a tight budget can make the most of Freebuy PLO events where the winner of each event will win a ticket to the Sunday PLO special. The next 9 players will win an entry to the $5,000 guaranteed PLO 6-Max tournament held on Sundays during the promo.

Play 'American Roulette' for Free and Practice Your Skills! 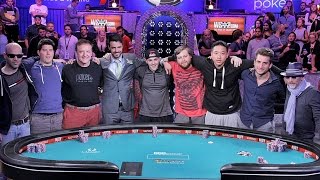 Poker is one of the most popular gambling games across the world. The game is...