An Overview About the (WPN) Winning Poker Network

Launched in 2012, the Winning Poker Network, what was known before as the Yatahay network that offered 2D and 3D software were the first poker network to offer 3D poker, the traffic on the network has remained low. Each of the poker rooms on the sites has relatively low traffic and that may be why the network traffic remains low overall. The network is licensed and regulated by the Kahnawake Gaming Commission and appears to take security and fairness seriously. The solid reputation of the Kahnawake Gaming Commission is a strong positive point for the Winning Poker Network.

The Winning Poker Network is small with only around ten poker rooms partnered with it. These include True Poker, BetDSI and the most recently added BetCris Poker. FabPoker moved to the Winning Poker Network in mid 2012 and the traffic on the network increased significantly with that move. It also meant that existing Winning poker network players now had a greater variety of gaming options to choose from. 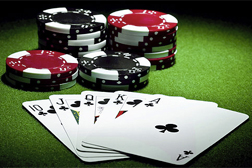 The major attraction of the Winning Poker software is the 3D tables. Players are offered a degree of customization in the ability to choose a 3D avatar. Players can also choose a high resolution version of software which provides enhanced graphics. The lobby is well set out and simple to navigate around. The graphics are clear, although they appear somewhat dated, although this is purely a visual drawback and has no impact on the game play or game speed.

The Winning Poker Network is limited in terms of the games that it offers with Texas hold'em, Omaha and more recently, seven card stud being the only games on offer. You can find in no limit, fixed limit and pot limit versions. You will not find draw or mixed games on this network. Winning also offers optional racebook, sportsbook, casino and blackjack options.

The Winning Poker Network runs tournaments including guaranteed prize pool events, sit 'n go tournaments and freerolls. Low buy-in sit 'n gos run fairly regularly and their freeroll tournaments are quite popular. The network offers buy-ins up to $100 although the higher buy-in tournaments have very low traffic resulting in fairly low prize pools. The Winning Poker Network rooms offer promotions, although none of them are particularly out of the ordinary. Some of the rooms do offer rakeback which is a big plus in their favor.

The traffic on the Winning Poker Network is low and there are a lot of fish. The majority of the traffic can be found at the no limit and fixed limit tables where if you play a tight and aggressive game, you will likely walk away with some big pots. There is little action at the Omaha tables. While the traffic levels increased significantly following the move of Doyle's Room to the network, the traffic remains relatively low. The majority of players can be found in tournament play, with fewer players in the ring games.