Get tipsy on Betsoftâ€™s latest video slot - The Tipsy Tourist

Slots enthusiasts looking for a tropical vacation of sorts at the reels have plenty to look forward to in Betsoft’s latest 5 reel, 3 row, and 20 pay-line video slot.

The Tipsy Tourist allows you to take on the role of a bored IT worker eager to get away from the humdrum of daily life at work. So you get to drink, play poker, catch up with some gorgeous Miami women, and win some nifty prizes for doing so. Joining in the fun is a sun-kissed beach babe, loads of beach symbols and playing cards from 10 to Ace. The soundtrack and fantastic intro set the tone this slot that has all the trappings of Miami Beach with palm trees, blue skies, surf boards and more.

There are free spins, bonus games, and other features galore that make it a slot worth trying especially. With stakes as low as 0.02 a spin up to 1.00 there’s room for players with every type of budget to set the reels in motion. You can choose as many lines from the 20 pay-lines and bet per line from one to five before you hit the spin button. Landing at least three of the same symbols in sequence on an active pay line will make you a winner.

Then again, the features and bonuses are enough to get you tipsy and all excited. The ‘Party Beach Wild’ symbol substitutes for all the other symbols except for the two bonus symbols, the beach ball and the red cup symbol. The wild sticks to the reels during free spins and remains in place until you are through collecting freebies. The beach ball is the scatter symbol that can fetch as many as 8 free spins when it lands on each of the three reels on the right in any position. Free spins can be retriggered so you have much more time to hit the big pot.

It’s time to get tipsy when the red cup symbol lands on the three left-hand reels in any position. These triggers the ‘Dinking Bonus Round’ where you flip a tree or cup instead of a coin and win instant cash if you guess right and also have your opponent guzzle a drink. If you guess wrong it’s your turn to hit the booze and win nothing. The bonus round ends when either one of you are done with the three drinks. The more you guess right the more you win, it’s that simple. Undoubtedly, there’s everything to play for in The Tipsy Tourist so head over to a BetSoft casino right away. 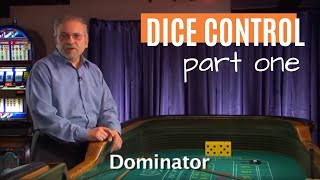 Craps is one of the most popular games in the gambling arena. The loudest table...